The Testudinidae family comprises the terrestrial testudines. Their carapace length is 12-130cm. They are characterized by a high-domed carapace, pillar-like legs and blunt, heavily scaled, clawed feet. They are mainly herbivorous, but also occasionally scavenge on carrion. Adapted for life on dry land, many species can survive long periods without water. A few from wetter parts of the range are, however, fond of water. Tortoises are known dispersal agents of forest plants. They are popular in the pet trade. and large numbers are collected illegally from the wild for export. Approximately 50 species in 11 Genus are known from North and South America, Europe, Africa, Asia, and the islands of Madagascar, the Galapagos and the Aldabra Atoll Only one species OCcurs in Sri Lanka. 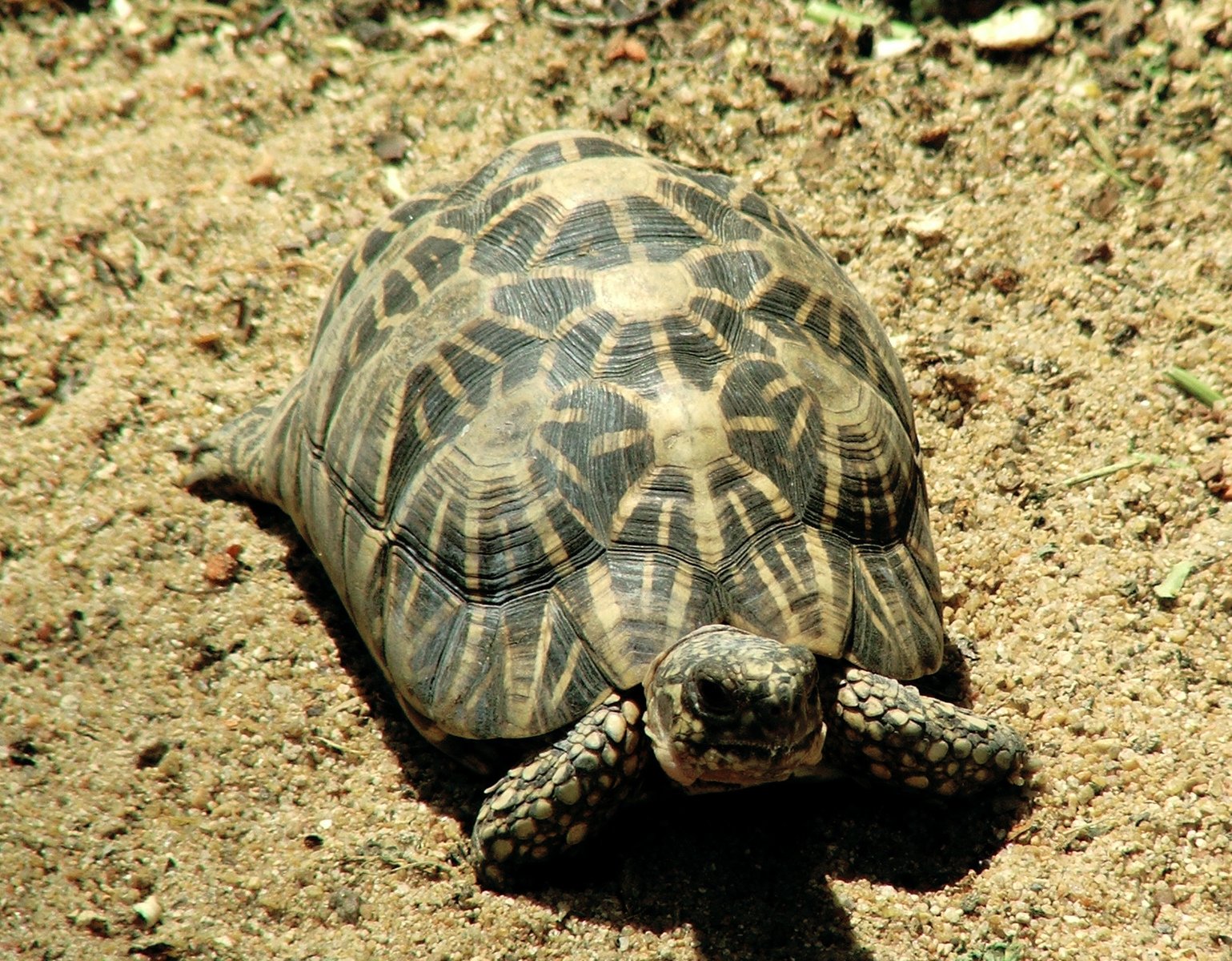 DESCRIPTION: Body medium in size. Shell hard and dome-shaped, with characteristic yellowish-cream and black-streaked markings on carapace and plastron. Two major forms with different shell structures occur in Sri Lanka- one with small, elongate shell, dull in color, without carapace protuberances (knobs); the other with large, pronounced protuberances on the carapace and bright coloration. Plastron of adult male concave; flat in the female.

DISTRIBUTION: Mainly restricted to lowlands of dry, intermediate and semi-arid Regions, at sea level to 300m above. Extra-limital eastern Pakistan and north-western and southern India